Feeling Partner
Home Relationships How to Attract Men: 11 Things He Wish You Knew

How to Attract Men: 11 Things He Wish You Knew 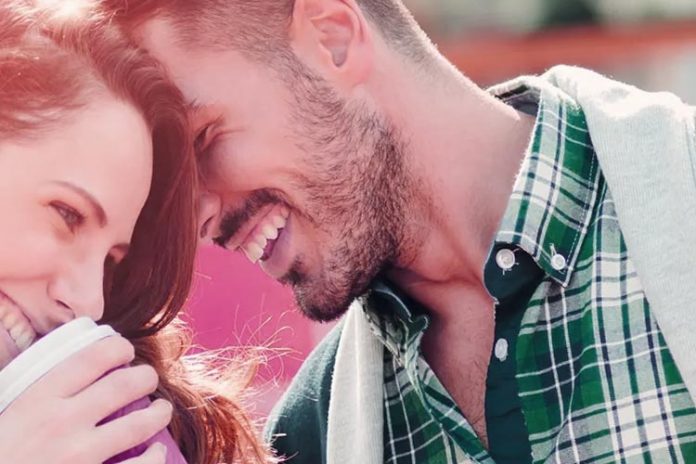 These tips is not just about learning how to attract men, it’s also about how to keep them

Interest in the partner causes the thinking of men and women a lot, so the man does all sorts of things that make him attractive in the eyes of the woman he admires and aroused his interest, so he tries to appear beautiful and attractive in the best way, and he loves to show his strength and masculinity in all the situations he is exposed to, especially in front of the woman who He likes, the fact that women usually tend to the strong man, and attracting women from the man’s viewpoint depends on showing muscles, sophisticated thought, and attractive shape, and the question that resonates in the minds of many men always, is what women want exactly? What does a woman like in a man?

As for the man, he often wonders why the woman does not come to him and simply tells him what exactly she wants to be present in his personality to accept him and feel admiration for him, so that he can attract the woman to him based on what she wants and loves, but the matter is not as simple as it might be.

Because if it were, then it would have been an end to boredom, and the natural thing is that if a man wants to have a special and exceptional woman, the matter will be more difficult than for a woman to come to him and tell him what she loves, so he must know this on his own and discover the woman without her help, and the woman’s condition is just like the man’s If not more than a little, then the woman is a creature who loves to praise and compliment, as women rejoice a lot when the other side is attracted to her, as she always seeks to gain the admiration of everyone around her, and despite the woman’s love for that, some women are ignorant of the ways that make men attracted to a particular woman and not others, so we have dedicated this article to offer women some magical ways on how to attract men and easily win his heart.

Take care of your external appearance

The man pays much attention to the external appearance of the woman, as he expresses her femininity and interest in herself, and her elegant appearance gives a subtle initial character to the female in front of him, but the woman must beware of exaggerating some touches, such as hairstyle, blatant make-up, etc. She should show her beauty in the appropriate way, and be smart in highlighting her beauty

The man tends to the elegant woman in a calm feminine way, and she can also show her femininity and delicacy by choosing the appropriate clothes for her body shape and skin color, and she must follow the appropriate method for applying cosmetics, in proportion to her facial features, and unfortunately, some women usually make the mistake of excessive makeup to show their beauty This has a negative impact on her appearance, this is usually ignored with regards to figuring out how to attract men, which makes her fake and unreal, as if she uses too many layers of foundation cream that is not suitable for her skin, in addition to the inappropriate and fake contact lenses, and although some men may see this as exciting, the greater proportion of men They prefer simple, calm and non-exaggerated make-up, and she has to choose a suitable perfume type, as it will give her more attractiveness,

Be careful, however, when choosing a perfume. Because most men do not prefer strong and penetrating aromatic scents, so women should use perfumes that smell beautiful, light and not heavy, and be conservative in terms of the amount of perfume they spray, so do not spray large quantities that make men alienate the smell instead of being attracted to it.

Every man has his own taste for female hair. Some of them like long hair for women, and some of them prefer short hair, and regardless of all of this, a woman must carefully choose her hairstyle to be simple and to reflect beauty on her entire face, this is one of the powerful tips on how to attract men

You may like:
15 Signs That He Wants A Relationship

Part of figuring out how to attract men comes down to your smile, the woman must maintain a shy and attractive smile most of the time, as the man quickly pays attention to the woman’s smile and mouth, and she must always try to maintain a good mood in all circumstances.

The man tends to the smiling woman with a cheerful spirit, and he feels attracted to the happy woman because it gives him positive energy that makes him want to stay near her always.

A woman can be smiling by going to places that make her feel happy, in which there may be men who like her.

This advice is from Professor Tina B. Tessina, author of How to Be Happy Partners, and it may be helpful for women to attract a man’s attention by using bright lipstick that gives her lips a beautiful and attractive appearance.

A woman should show a strong and confident personality. The man is attracted to a self-confident woman, but this must be done with care to appear in her natural personality and not to be pretentious.

She must show her personality through many methods, such as engaging in a conversation and discussion in front of the man, so that he feels that she is a strong and confident person. This is a powerful tip on how to attract men

Speak in a calm, feminine style

The man is not inclined to the female who speaks out loud. For the female by nature is like a soft flower, and she must maintain her softness, and refrain from speaking in a loud voice that repels men, and shows her with a rough manly appearance.

Show feelings of friendliness and concern

The man wants the woman to show him feelings of interest, and the woman can show her interest in the man through many things, by sharing his interests, asking about his condition, and other matters that make the man feel interested in him.

In order for a man to feel the woman’s attraction to him and her interest in him, she must look directly into his eyes, because the language of the eyes has the ability to convey feelings, and thus the man feels how much the woman cares and admires him, but that does not mean the constant stare at him in an exaggerated way, this isn’t about how to attract men, it’s also about keeping them.

Seeking help from the man

The man always loves to feel his strength in front of the woman, so in order for a woman to be able to learn about how to attract men, she must seek his help sometimes so that he feels that she needs him and feels that he is smart and that he is a source of strength for her, and this matter makes him start thinking about her, and makes him attract her.

Don’t compare your self to any other woman

Although we cannot deny that comparing the same woman with another woman is an instinct that is almost present in all women, it is necessary for a woman to get rid of this habit, because when she compares herself to another woman, and when she sits with herself and talks to her, saying, I wish I had what So, so possessed, she gives herself a lot of tension, anxiety, and annoyance, and she feels herself a bit of imperfection, so all a woman has to do is simply be her, without trying to imitate anyone, or make something that is not her character.

How to attract men with good self-knowledge

In order for the female to learn how to attract men, she must be fully aware of all her qualities, of everything she loves and what she does not like, all her strengths, and all her weaknesses, this matter makes her stronger and more coherent in front of others, as it attracts others to her, especially Men.

Another part of learning how to attract men comes down to this:

Attention to a beautiful and slim body

And this is through obtaining a healthy body and following appropriate diets, and we don’t mean here that the woman deprives herself of many important nutrients and starves herself to obtain a lean body, and it is not intended to obtain a very slim body, but the woman must be keen on Maintaining the shape of her body and avoiding obesity or excessive thinness that alienates men, as men often tend to women who care about their body.

And when he knows that she is a strong woman, and not easy at all, and she can tease him by talking or doing some actions that ignite his anger and leave him busy with what she did, and think of her.

The outside appearance is not the only thing that arouses a man and attracts him to a woman, although it is one of the basic things on which a man’s attraction towards a woman is built.

But it is not the only thing that the man cares about, and it is true that the man tends to women for the first time based on her appearance and outward appearance However, after that, and when he deals with her again and again, he begins to search for other qualities that attract him to her besides the figure.

The man is interested in many things and seeks to make sure whether they are present in the woman or not, and among these things is the extent of the woman’s gentleness, which depends on Some criteria, including the gentle woman’s way of speaking, and respect for others that appear through her dealings with others.

Another characteristic that a man cares about in her presence, is the amount of positivity that she possesses within her. The man always loves a positive woman who is far from pessimism and negativity.

The man cares about the extent of a woman’s sincerity and loves a sincere woman who is far from lying, the man is attracted to a sincere, not elusive woman, and many other beautiful things are also important in the woman.

Let’s Recap How to Attract Men

Also don’t forget to read this:
15 Signs That He Wants A Relationship

Compatibility in a relationship, in many cases it is hard for a woman to understand her partner, the man may also suffer from the...
Read more
Life

If you wanna be one of the successful people you need to master your self-discipline Doing things when you don't want to when you don't...
Read more
Relationships

Sometimes it is difficult to be sure that someone loves you and he is the one. Even so, some relationship experts believe that certain...
Read more