15 Signs That He Wants A Relationship 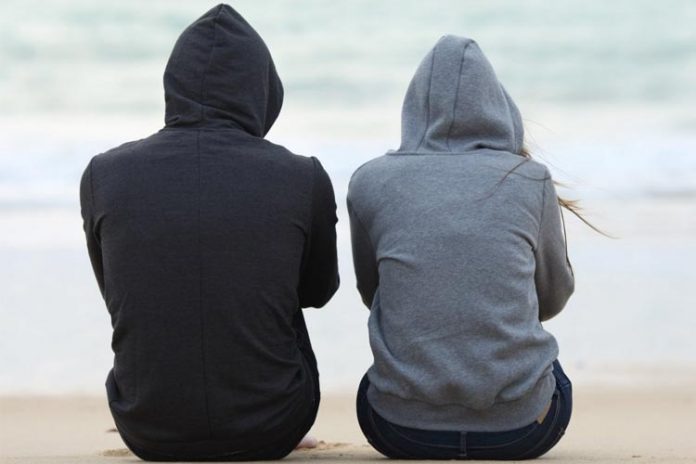 Does he want a relationship?

From the great effort exerted in order to attract the attention of the beloved and reach his heart, the spark of love becomes the fuel that gives energy and the driving force for patience and dedication to achieve the dream of attachment to the one who loves the heart.

Despite these beautiful feelings and their magical power that makes the lover master by all means and methods to make his beloved compassionate for him and accept him as a partner so he wants a relationship, we may find the other side unconvinced and may not even realize the existence of these emotions and feelings.

He wants a relationship so give him a chance and get to know the truth of his feelings and determine carefully whether he loves you and exchanged beautiful feelings so that you can enjoy together a life full of happiness and joy. Here is a list of the most important behaviors and signs that
he wants a relationship, so make sure of his love and give him the opportunity to come closer and give yourself a chance to be happy with the pleasure of this feeling.

Watch him trying to get closer

Closeness does not mean physical distance, but rather a person is close to another person’s heart and mind, he wants a relationship. Through it, the lover takes several steps that demonstrate his fear of not being just a friend or an ordinary person.

He talks to you with unusual softness

Know, dear, that when a man changes his tone to a tone that is more gentle and sweet when talking to you, that is one of the most important signs of love and he wants a relationship. And if he tells you something private or secret that he has not told anyone about it, be sure that you are a different person to him. Watch him as he talks to others, and if you notice his voice rising even slightly, be sure of what your heart is telling you.

“ STAND UP STRAIGHT WITH YOUR SHOULDERS BACK “

• He always keeps his chin up

But when a man’s heart softens and falls in love, he changes the movements of pride that he is accustomed to and turns into movements that express tenderness and love, including:
• Uses gentle gestures when speaking
• His shoulders bend inward

• He tilts his head towards you, so he is like a father who tilts his body to talk to a tender child, so he feels love, safety, and protection.

Like the birds in the mating dance, the man speaks slowly and calmly when he wants a relationship and is attracted to someone. When you notice that a man’s conversation with you has become so slow that he makes you feel sleepy, know that this man has very special feelings for you.

He cannot take his eyes away from you

Love makes the eyes of the lover like someone who lost his way and then guided, and his point is to look only at the eyes of the beloved, so wherever your eyes are directed, his eyes meet. If you look to the right, you find him looking at you, and if you look left, you notice his eyes are following you like a shadow that follows the body to the extent that you may feel a shiver throughout your body when your eyes fall on his eyes, which astonishes your mind and shocks your heart, YES he wants a relationship.

Staring at your lips

When a man focuses on your lips, know that he tries to avoid looking with your eyes, as he feels ashamed of exposing that he wants a relationship and what is in his heart, and this is the role of the eyes, as they reveal the veil of human feelings and this is the shy type of men.

Mimics your body language: he wants a relationship

The lover is drowning in the sea of ​​his beloved to the point that he imbibes all his character and movements even his words that he uses with others because he wants a relationship, he wants love, of course, he does not imitate the one he loves, but this is a change and an involuntary transformation that occurs as a result of following the beloved carefully and with interest that makes him love every movement, whisper and touches that the beloved makes. Then there is a spark of love.

He wants to spend all his time with you

And it appears to you in his desire to stay close to you and make excuses to talk with you because he wants a relationship. If a person does not want someone, we find him creating opportunities to distance himself from him and vice versa in the case of love.

If you notice that he is doing this, stay away from him as much as possible, but do not allow him to stay with you at every moment. The longer you are together at the beginning of the relationship, the less beautiful it will be. Also, the lover cannot think in a good and more contemplative way when he is near his lover.

Try to give him time to be alone with himself and his thoughts, as he needs to notice what is happening inside him of changes, and from this comes the confession that you are eager to hear

He rearranges his priorities

When you know that he has things that occupy a large part of his interest and tries to allocate part of his valuable time to you, this is evidence of his love, as it has become one of his priorities that he prefers over his special interests such as work, friends, and family.

It is great to occupy a place in someone’s life, but vanity should not take you so do not use his weakness in his love for you to ruin his life and encourage him to take a positive step in the relationship between you.

You are in his future plan

When he makes some plans and you are a part of them, know that he loves you, considers you part of his future, and he wants a relationship and this indicates his desire to be by his side for the longest time possible, for example, if he sends a request for food you find he brings you with him and if the work is going on a leisure trip, he rushes to reserve a place for you and when you attend a conference Or a meeting you notice that there is an empty seat waiting for you even if he is not sitting next to you.

He makes an unexpected gift

What happens in a man’s mind when he discovers that he loves you and he wants a relationship is to hurry up to do anything to release what is in his heart. If he is an artist, he will paint the most beautiful picture for you. You should pay attention to this effort and express your appreciation for what he is doing, even if it is a simple word of thanks.

Men smile of course when they want something, and yet you can feel the difference between each smile and determine its quality, whether it is a smile of true love or just a smile of hypocrisy and flattery.

Determine whether he smiles in your face and his eyes sparkle of a special kind? If this condition is met, then know that it has a special meaning.

He cannot talk to you for long

The beloved prefers to look and listen to his beloved and watch him over talking to him. Talking may distract his mind from the one he loves and prevent him from looking closely at him because he will be ashamed of doing so, but he feels happy when watching him from a distance and silence, and it is one of the most heart-penetrating ways of expression.

He does not want to control your behavior

The man’s behavior in a way that indicates his desire to own or control the person in front of him is not evidence of love at all. A step up to the soul that you breathe to the point where it reaches suffocation and the desire to be free, and even in his absence does everything that prevents him from it, but if the lover deals in a way that his beloved feel free of choice, then it is a sign of love and the desire to build a normal life and strength of character, so he wants a relationship.

You feel mutual trust in him

Confidence is one of the most beautiful qualities that we rarely feel towards a person, and when there is someone who you can trust and can trust you, this is a good sign and evidence of the health of the relationship and its safety.

Next articleHow to Attract Men: 11 Things He Wish You Knew

Compatibility in a relationship, in many cases it is hard for a woman to understand her partner, the man may also suffer from the...
Read more
Relationships

Sometimes it is difficult to be sure that someone loves you and he is the one. Even so, some relationship experts believe that certain...
Read more
Marriage

Secrets of a happy couple is life must be a paradise for both partners. How wonderful is for the two partners to live a...
Read more