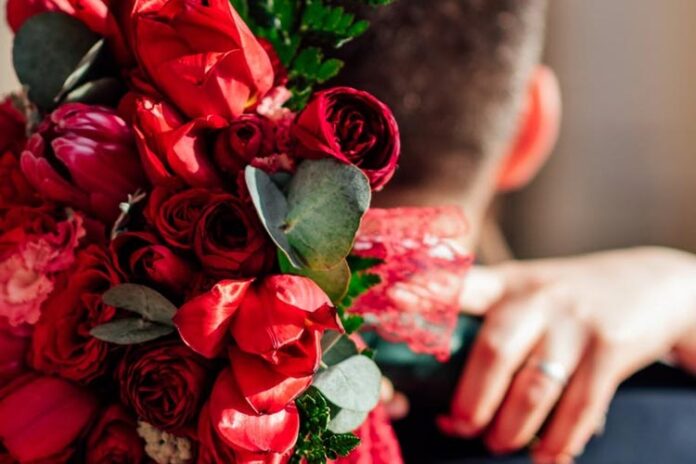 For a successful marriage, one of the difficult tasks that men face is to talk about and express their feelings. Many women face this problem and find it difficult to deal with it properly, which leads to the outbreak of constant disputes, thus negatively affecting the relationship and in many cases leading to its end.

Many men can express their love and affection in other ways without using words and find it difficult to explain this to their wives in a convincing way.

For most men, it is easier for them to express their feelings through actions, not words. Your husband can tell you

by doing housework, like fixing a blockage in the tub, and throwing out litter.

All of these actions save him embarrassment and words that he finds difficult to express, and instead of this builds for you a kingdom in which you can enjoy living.

Many men sometimes find it difficult to commit to a serious and binding marital relationship, which can anger and sometimes frustrate their future wives.

But in practice, these men are the ones who take married life more seriously, and when they decide to commit to a successful marriage, they do so from the heart and invest all their resources in this relationship.

3- He listens to you: Secrets For A Successful Marriage

When you have a serious conversation, all you want is for him to nod from time to time or to say

here and there. But not all men are aware of this fact, nor do they do it. Many men keep silent during these conversations, which causes the anger of their wives.

So, dear women, do not get tired of your nerves. If they say nothing here and there during the conversation, that does not mean that they are not listening. Maybe they prefer to listen silently and think about what you are talking about?

Men tend to strengthen the marital relationship through shared activities, not feelings or thoughts. Men have activities such as sports and sex that help them bond with their wives.

5- Men need time for themselves

Another one from secrets for a successful marriage. In addition to shared activities, many men need time that is only for themselves.

So don’t think that he would rather be alone or with his friends than spending time with you. On the contrary, you should encourage this while at the same time finding your hobbies and making time for yourself.

When the spouses get enough space to be able to feel independent within the frame of the relationship, the marital relationship will become more healthy because the spouses miss each other more.

6- Men learn from their fathers

Many women think a lot about the experiences and events they have had in their lives, especially negative experiences.

They do not know how to forget and stop thinking about what is difficult for them to live.

Men, on the other hand, can quickly forget about negative events. So if you try to talk to your husband about something that happened a few days ago, remember that he may have forgotten it and moved on.

Therefore, it is desirable not to get angry because of this, because that is nature’s way.

8- Men do not understand the exact symbols

Men tend to miss subtle cues such as facial expressions or voice, which could be interpreted by a wife as lack of understanding, disinterest or ignorance.

Therefore, if you are interested in the secrets for a successful marriage and healthy marriage, be as straight forward as possible about what is bothering you or making you happy, or about what is important to you. Try to speak to him simply and clearly.

9- The man wants you to feel appreciated

Many men perform their traditional jobs as parents and husbands better when their wife expresses appreciation for them. Masculine? primitive? Perhaps, but it is effective.

So tell him now and then that he dressed your daughter beautifully, even if he had put her on the shoes upside down. This will motivate him to do it better the next time.

Related posts to Secrets For A Successful Marriage

This is not a big surprise, we all know this but it bothers a lot of women and they cannot realize it.

Research shows that most men under the age of 60 consider sex at least once a day. They also imagine sex twice as many times as women, and their sexual fantasies are more varied. Also, men think about sex with a random woman more than women but they don’t convert that thinking into action.

This is also not a big surprise. Taking initiative is considered masculine, but many men like to feel that their wife is flirting with them and like for her to be in control.

Therefore, in the context of secrets for a successful marriage, do not feel embarrassed and take the initiative, as this will greatly improve your marital relationship.

12- Men aren’t always in the right mood for sex

Surprise! But this is logical. Although women think that men are ready to have sex all the time and in every situation, this is not true.

Daily life affects men the same way it affects women, and this can affect their mood and their desire for sex.

But he does not know what will please you if you do not tell him this directly.

So, don’t be shy and guide him in the right way, try not to hurt his pride when he does this … Men want to please their wives so they will be willing to listen.

14- Men suffer from stress when performing

“It can happen to everyone”

is true, especially for older men. But they just don’t have it. It is important not to make this a big deal and try to calm him down when this happens.

The intention is not just about sex. Men have many other needs in the marital relationship that may not be met, and this prompts them to go to other places.

Some men resort to working for long hours, others watch sports or video games for a long time, and others may turn to betrayal.

Therefore, it is preferable to refrain from this situation. In a successful marriage, the marital relationship needs to be open.

When one of the partners feels dissatisfied in one of the areas of the relationship, he must share this with his / her husband, otherwise, the dissatisfaction will turn into a snowball that constantly rolls and grows until he, perhaps, reaches a separation.

If you are interested in the Secrets For A Successful Marriage, read these posts:

Secrets of a happy couple is life must be a paradise for both partners. How wonderful is for the two partners to live a...
Read more
Marriage

17 Signs A Man Loves You Deeply

If you are thinking and asking yourself, about the signs a man loves you deeply, does the man whom you chose to be your...
Read more
Marriage

20 Clear Signs He Loves You Deeply